Did you call me? [devil emoji]

Could this mean a new Tommy heavenly6 single or album is going to be released soon (likely around Halloween)?

Good lord, let it be an album.
And please something else other than a halloween single (that only people in Japan can access).

I really hope "The Sparkling Candy Man" will be included, I'll cry if it isn't. And hopefully the other five songs are new and it's not another "Halloween Addiction" thing.

Let it all be new material PLS

The Sparkling Candy Man will be included! 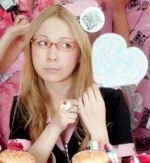 Pre-ordered from CD-J yesterday, feels good have a new release just around the corner

The theme of the album is "a Christmas vacation from Halloween."

I'm a bit disappointed that it's only 6 songs (5 really, plus an instrumental). I know it's just a mini-album but I was expecting it would have at least one more song. I wonder how long each one is. I hope the opening is a full length song or I'll really be disappointed. Still excited for it to come out (even though it's been pushed back a week). The titles are really interesting. I wonder when the PV(s) will come out...

I do hope it's not padded out with too much of that twinkly music box shit like the last halloween thing that had about a million tracks of junk and just a couple of songs.

At last we'll finally get to hear The Sparkling Candy Man. 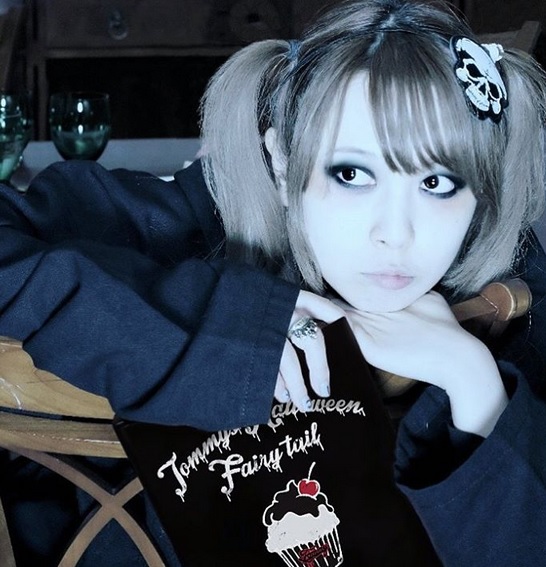 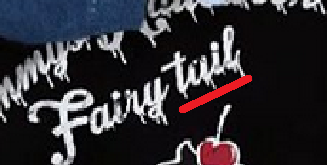 Tommy tweeted a few weeks back about being in meetings for a MV, but so far there hasn't been any other news about one. Does anyone know if it got cancelled or, if not, when it might be released? (Presumably this week?)

I'm so excited for my copy to arrive!

My copy arrived today, with regular shipping from CD Japan it usually takes 5-6 days so I was kind of surprised it took a couple less!

6 tracks - one is an intro, one is a segue, kind of expected but it does mean this is only 4 tracks.

2. LIVING DEAD DINER GIRLS - Another take on the Heavy Starry Chain, Paper Moon type song. We heard this before, but it's not bad just very unexceptional and another standard paint by numbers heavenly rock-stomp number.

3. The Sparkling Candy Man - Silly bouncy 'reggae'-circus number, reminds me of the intro to Lollypop Candy Bad Girl and exactly the type of non-song stupidity I was afraid would be on this. Glad I didn't waste any money in the 7" !

4. Follow the White Rabbit - (Thankfully) Just a short segue of plinky-plonky synths and the boys chattering about some nonsense as usual.

5. LITTLE RED FOREST - This single's only february6 track - verses reminds me of 'Is This Feeling Love?' or a slower 'Lonely In Gorgeous'. Chorus is very sing-song and melodic, nice but not rocking my world, I like the verses the most it fits in with other slower february numbers and I think it would fit best on the first album it's like a slower version of Walk Away From You My Babe or Where Are You My Hero - I hear all these songs I've referenced, it doesn't particularly sound like any one of them. Nice but a bit lazy imo.

6. Frozen Raspberry Snow - ??? This is like a cross between a stripped down Buri-Guri slow number and a traditional Christmas ballad. It's like they took a Buri-Guri ballad and stripped out all the guitars, bass, drums and replaced it with traditional Christmas song instrumentation. It would get a lot more plays from me if it was more guitar-based just because I'm never going to listen to it, where as something like 'I <3 X-Mas' I can at least listen to it for the music at any time of year.


Overall 5/10 - Nothing outside the box for Tommy, a couple of february/heavenly songs-by-numbers, the usual nonsense segues and plinky-plonky rubbish inbetween the songs or ruining the intros/outros of them, but at least half the CD isn't full of them like some previous Halloween releases. I'll pick off Living Dead Diner Girls and Little Red Forest for playlists and the rest will likely never be heard again. Oh well, the 7" design of the sleeve is nice and the lyric booklet is actually a fold-out poster, neat.

Thanks for the review! Edit: Now that I have listened to the album myself, here's my take on it:

Tommy's Halloween Fairy Tale: A short instrumental track that serves as a good opening bit of mood music for the rest of the mini-album, but is otherwise pretty unexceptional and dull compared to other similar tracks on previous releases. Follow the White Rabbit is somewhat more enjoyable, but both songs are pretty skippable. 2.5/5

Living Dead Diner Girls: I love the title alone so much, and the song itself I think lives up to it. It's like a Frankenstein's monster of the different kinds of songs heavenly6 does: there's a bit of hard rock, a lot of pop punk, and a touch of pseudo-hip-hop (a la I'M YOUR DEVIL ~Halloween Remix~) in the verses. The result is a song that's fresher and more fun than any of the tracks on her previous release. 4.5/5

The Sparkling Candy Man: This song is reminiscent of the beginning of the full-length version of LCBG, but that's not surprising as this song is a sequel of sorts to that one. It's a bouncy, catchy, hilarious Halloween bop that's all in English. 4/5

LITTLE RED FOREST: A mix of Is this feeling love, Bloomin', Je t'aime Je t'aime, and GIMME GIMME GIMME. A standard february6 offering (which isn't a bad thing) but with a sort of dark fantasy vibe to it. 4/5

Frozen Raspberry Snow: This song was like an "I Kill My Heart" moment in that it's such a departure from every other song Tommy has released before in either persona. It's a gorgeous, old-fashioned Christmas ballad that I can picture playing from a phonograph while the whole family is curled up in front of the fireplace watching the snow fall. There's a soulful, almost bluesy quality to it that I hope Tommy continues to explore in future february6 (I assume that's the persona singing this song) releases. 4/5

My order shipped but it hasn't arrived yet, can't wait to listen to the whole thing!

Thanks for the reviews.

Has anyone found the lyrics posted anywhere yet?

Found the lyrics for LITTLE RED FOREST. Anyone care to translate?

BABE , YOUR STARRY EYED
mayoikon da yume no mukō e
tadoritsuke tara
BOY ... YOU and ME

And the lyrics for LIVING DEAD DINER GIRLS

心の準備はいい?
ARE YOU READY TO ORDER?

救い出してもいいけど
YOUR EVERYTHING'S MINE! OK?

kokoro no junbi wa ii ?
ARE YOU READY TO ORDER ?

sukuidashi te mo ii kedo
YOUR EVERYTHING ' S MINE ! OK ?