What are you watching?

I loved Kick Ass!! The stiffs wanted to make Hit Girl older because of what you mentioned. So glad they didn't. For me it worked totally.

Kill Bill did it better in my opinion, the right mentality anyway. The concept for Kick Ass was good, though the last quarter was a let down for me. I thought they ran out of ideas. The father's concept through art was good though along with the comics idea for Red Mist & Kick Ass. Kick Ass or Scott Pilgrim wasn't the best for me, in fact I don't know which was the best for me. Certainly not the new Harry Potter either (Part 1), probably 'The Town', reminded me alot of 'Heat'. Not a fan of Ben Affleck but I have to say he was good in the film, he also directed it which was a surprise too. Really makes you think about people's lives, your friends; and the struggle it can be to change when faced with what seems like unmountable odds. Good film. 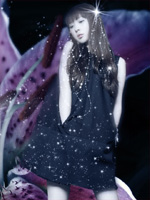 My favorite movie this year was Black Swan though. The last 20 minutes were like the best part of any movie ever...so beautiful. Natalie Portman better win best actress for that SHE WAS SO GOOD YO.

Wait a minute it is only February you can't say that

Then again, Black Swan was directed by the same guy who did The Wrestler, and I don't think I need to say anymore...

I meant to say of last year, it came out in December. Haha.

It's also my choice for best picture at the Oscars. I don't think it'll win but whatever.

I'm looking forward to the BAFTA's..

Black Swan Natalie Portman should win Leading lady, Christian Bale probably for The Fighter, I mean for the man role, the supporting one

I'm sure The King's Speech will do well too, because it is an english film. Should be interesting though.. Good to see The Town nominated for something too. I know the Oscars are important, but it nice to have the BAFTA's too.