im makee and im a devoted Tommy fan from the Philippines

But I really became a heavenly6 fan first, I only became addicted to Tommy february6 last year
when I tried DLing some Tf6 songs like ''Candy Eyes Dolls''...

So I'm more of a Tommy solo fan! but I heard some of her songs with buri guri and their really cool!

so thanks for the advance welcome guys ^^~

Magandang hapon.
(What language do they speak in Philippines?)
so, welcome to this forum. 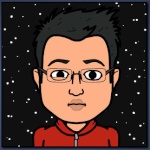 Hi and welcome to our forum ^^

Yes, I knew about Heavenly first too, but also became a buriguri lover soon XDDD

Thanks for everyone's welcome ^^

And yeah Magandang hapon din (It's 6:30 PM here which is just the right greeting) ^^~